The Story of Our Church 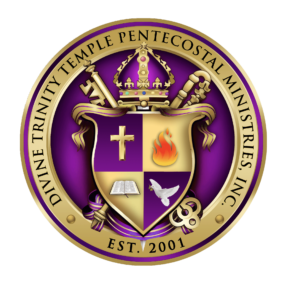 The Color Gold – Generosity and elevation of the mind

Crown: As with all crowns, the Celestial crown is an emblem of victory, sovereignty, and empire. It is a visible sign of success, thus the term “crowning achievement,” and its significance as the decoration of the ultimate level of rank and power, makes bearing the crown a great honor. Crowns are also sometimes symbols of God, as He is considered by some to be the “King of all.”

Sword: THE SWORD OF THE SPIRIT in the New Testament, God’s Word is symbolized by a sword: “It is sharper than any two-edged sword and cuts as deep as the place where soul and spirit meet, the place where joints and marrow meet. God’s word judges a person’s thoughts and intentions” (Hebrew 4:12). The Word of God is able to penetrate people’s hears in the same way as a sword with precision and in a way that inflicts pain, in this case the pain of guilt. Such pain yields good results, just as a surgeon’s scalpel cuts away diseased flesh. Even better, once it has done its work of bringing us to repentance, we are able to take up the sword of God’s Word as a weapon to use in our battle against Satan. The sword of the Word of God is part of the armor believers are to put on each day as they fight against the powers of evil (Ephesians 6:17). In this we follow Christ’s example as he fought Satan’s temptations (Matt 4:1-11). The sword is a symbol representing the power of God to fight the influences of evil and bring people to repentance, for it has “divine power to destroy strongholds” (2 Corinthians 10:4.

The symbol of victory, justice, and military honor and should incite the bearer to a just and generous pursuit of honor and virtue in warlike deeds. It is also symbolic of liberty and strength. In the middle Ages, the sword was often used as a symbol of the word of God. The sword (especially borne with flames) is also a symbol of purification. When borne with a cross in the same field, the sword signifies the defense of the Christian faith.

Flames: Fire is also a symbol of purification for those waiting on the Holy Ghost. And suddenly there came a sound from heaven, as of a rushing mighty wind, and it filled the whole house where they were sitting. Then there appeared to them divided tongues, as of fire, and one sat upon each of them. Flames are held to signify zeal, as one may be consumed by zeal as by flames.

Dove: In Christian Iconography, a dove also symbolizes the Holy Spirit, in reference to Matthew 3:16 and Luke 3:22 where the Holy Spirit is compared to a dove at the Baptism of Jesus. … The dove and olive branch also appeared in Christian images of Noah’s ark. The dove is a symbol of the soul and of the Holy Spirit. It signifies peace, gentleness and purity. In armory, the dove signifies loving constancy and peace.

Bible: Christians believe the bible to be The Inspired Word of God and have been called “people of the Book.” The Bible itself claims to be the inspired Word of God, or “God-breathed” (2 Timothy 3:16; 2 Peter 1:21). It unfolds as a divine love story between the Creator God and the object of his love, humankind. In the pages of the Bible, we learn of God’s interaction with humans. We discover his purposes and plans from the beginning of time and throughout history.

Cross: the principal symbol of the Christian religion, recalling the Crucifixion of Jesus Christ and the redeeming benefits of his Passion and death. The cross is thus a sign both of Christ himself and of the faith of Christians. The cross of Jesus Christ is central to the Christian faith. The cross reveals to us the character of God: His love for lost sinners and His perfect justice meet at the cross. If we want to grow in our love for God, which is the first and greatest commandment, then we must be growing to understand and appreciate of the cross, which shows us His great love. If we want to grow in godliness, we must grow in understanding the significance of the cross, which confronts the most prevalent and insidious of all sins, namely, pride.

Staff or Rod: The rod is perhaps one of the most misinterpreted words in the entire Bible. It is often used by many parents to justify their use of spanking. That’s a topic for another time but let me point out that is not what God meant by “rod.” It is not a tool for correction or discipline, it’s a tool of protection and a symbol of love. Most of us picture a rod to be a long, hard stick of some material. For a shepherd, the rod isn’t a long stick but rather the curly end of the staff. The rod was used to pull sheep out of dangerous or unfortunate situations such as if a sheep was caught in thick brush or had fallen into deep water. The rod was also used to defend the sheep against predators. Since sheep aren’t very smart, it was up to the shepherd to adequately defend his flock, so a nice long staff with a thick, curly rod on the end made for a solid weapon against any enemies. In this way, the rod is a symbol of God’s protection.

Scepter: The word scepter (or sceptre) means “rod” or “staff” and usually indicates authority. For example, in the book of Esther, the queen could only approach the king’s throne when he held out his royal scepter to her (Esther 8:4). A broken scepter is a symbol of lost authority and position: “The LORD has broken the staff of the wicked, the scepter of rulers, that struck the peoples in wrath with unceasing blows, that ruled the nations in anger with unrelenting persecution” (Isaiah 14:5–6).

The word scepter is also used to symbolize God’s rule, as in Psalm 45:6:

Helmet: When a helmet is on a shield, it represents wisdom and security in defense. It also signified strength, protection, and invulnerability

Shield: A shield guards. While a physical shield protects us physically, faith can protect our spiritual lives even in the middle of physical trials. A shield will block and deflects all the hurling of Satan’s fiery darts of fears, doubts and worrying that may come in our direction. The only time they can hit us is when we let our protective shield of faith down—when we stop believing that God is in control; Ephesians 6:16 “…above all, taking the shield of faith with which you will be able to quench all the fiery darts of the wicked one.” A shield is the first line of defense. While the rest of our armor helps protect us from Satan’s onslaught, it is not what you ideally want to be using to absorb every hit. You do not, for instance, go out into battle intentionally blocking everything with your head.